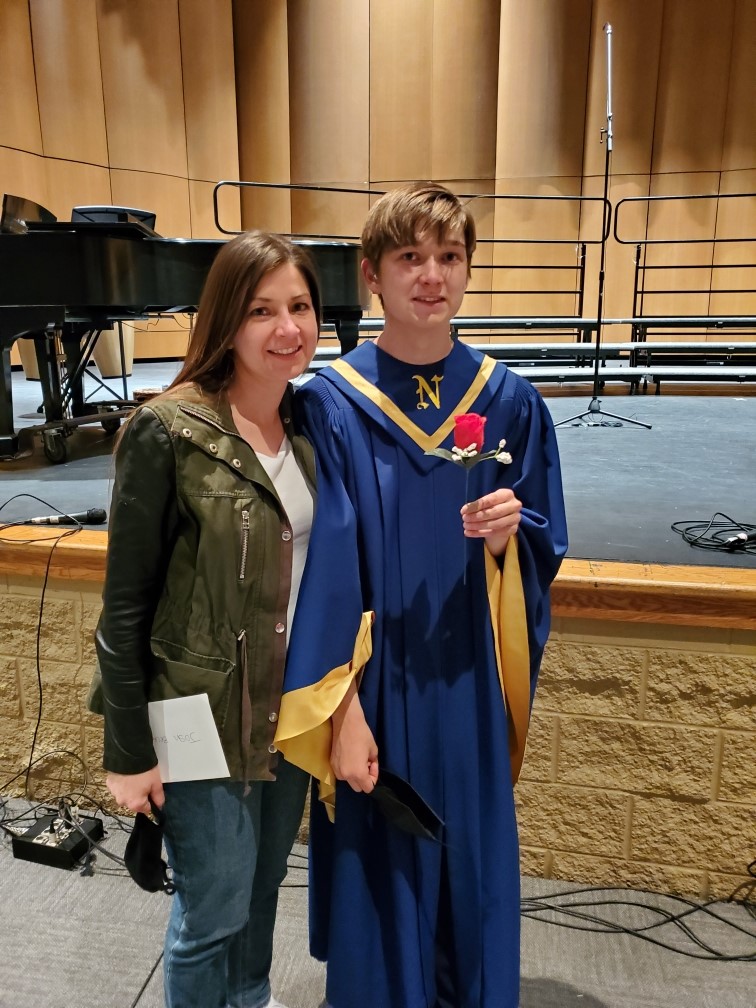 I’m trying not to think about it too much, but the fact of the matter is, we’re getting closer to the end of high school. I’m packing up all of the feelings I’m having about it in little boxes in my brain. Not the healthiest choice, I know, but for now, it’s working for me. I’ve talked about autism and milestones before, and how that’s a tricky business for moms and dads of children with autism. I’ll touch on that again in a few weeks, I’m sure. But for now, I’m just trying to be present with what we’re experiencing right now.

It’s easy to forget how far J’s come. I feel like the last few semesters of choir concerts, we’ve been able to really enjoy the experience–without holding our breath through J’s performances, muttering quietly at J to do or not do something to avoid drawing attention or embarrassment. In fact, it was only by going back through this blog I really got to remember what the “good old days” looked like, and the astounding progress he’s made along the way.

In the beginning (k-grade 2 or 3), J wouldn’t let us in the same room as him during the concert. Even if he saw us try to sneak in, he’d begin a full-on meltdown on the risers and scream. Steve and I would sneak into the cafeteria before J’s class came in and hide behind support beams and tables in the very back of the room just to catch a glimpse of him.

Once J decided it was okay for us to watch him, it was painful to see how he couldn’t stay still on stage–how he’d fidget–not in endearingly quirky ways, but in socially inappropriate, ways. If he’d get excited during a song, he’d rub his legs while he was singing and jump up and down or smell his fingers, or flap his hands.

Then grade 7 came along, and J really started to grow in choir. J’s para (who was AMAZING–we’ve always seemed to luck out with amazing support staff ) came choir concert nights to help out in the backstage wings. She also worked really, really, really hard with him to prepare him for onstage behavior. As in: no flipping ties, no flapping hands, no flipping band aids on fingers (he compulsively picks his fingers until they bleed), no chewing or picking fingers, no rocking, no hands on legs, no rubbing legs, no smelling fingers, and stay as still as you can. J had rally supportive peers too once he hit middle school, often two girls placed beside him to help him out too. Those amazing peers have followed him all the way to the last concert of his high school career.

And in high school, his special ed case manager has come to every single concert to help out. I really can’t say enough how much special ed and support staff have meant to us throughout J’s life. I’ve said this a million times and I’ll say it again–it takes a village to raise a child, and J has been lucky to have the best village on the planet. J came into high school still wanting to hold onto that soprano voice, even after it had changed with puberty. He still struggles with his parts sometimes–he really loves that melody line the sopranos sing–but the parts he knows well, he delivers. He still can’t stand absolutely still during the performance, but instead of stimming with his fingers throughout the songs, he sways to the music. In the songs where the tempo is fast and it’s hard to keep up, he makes sure to take the cues from everyone around him and turn the pages at the right time so he can try to follow along.

This year with COVID, we also had the masks. J hates wearing masks but he sang through his concerts with his mask on, no problems.

He has come SO far with the help of his teachers, paras, and classmates. It makes me really emotional to think about–so I try not to think about it. I’m locking that up in a box for later 😉 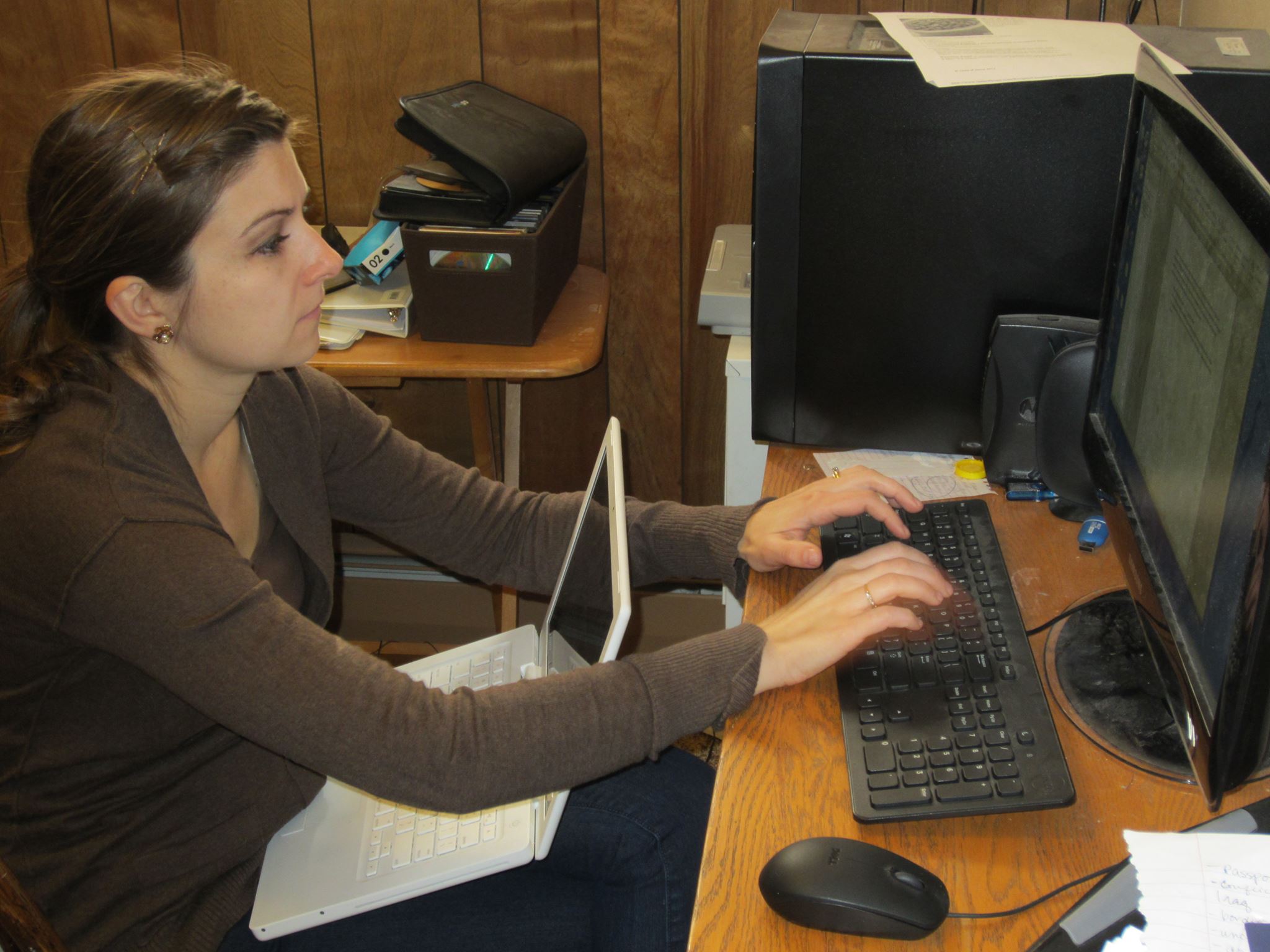 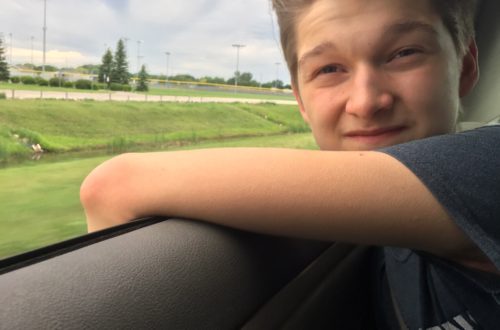 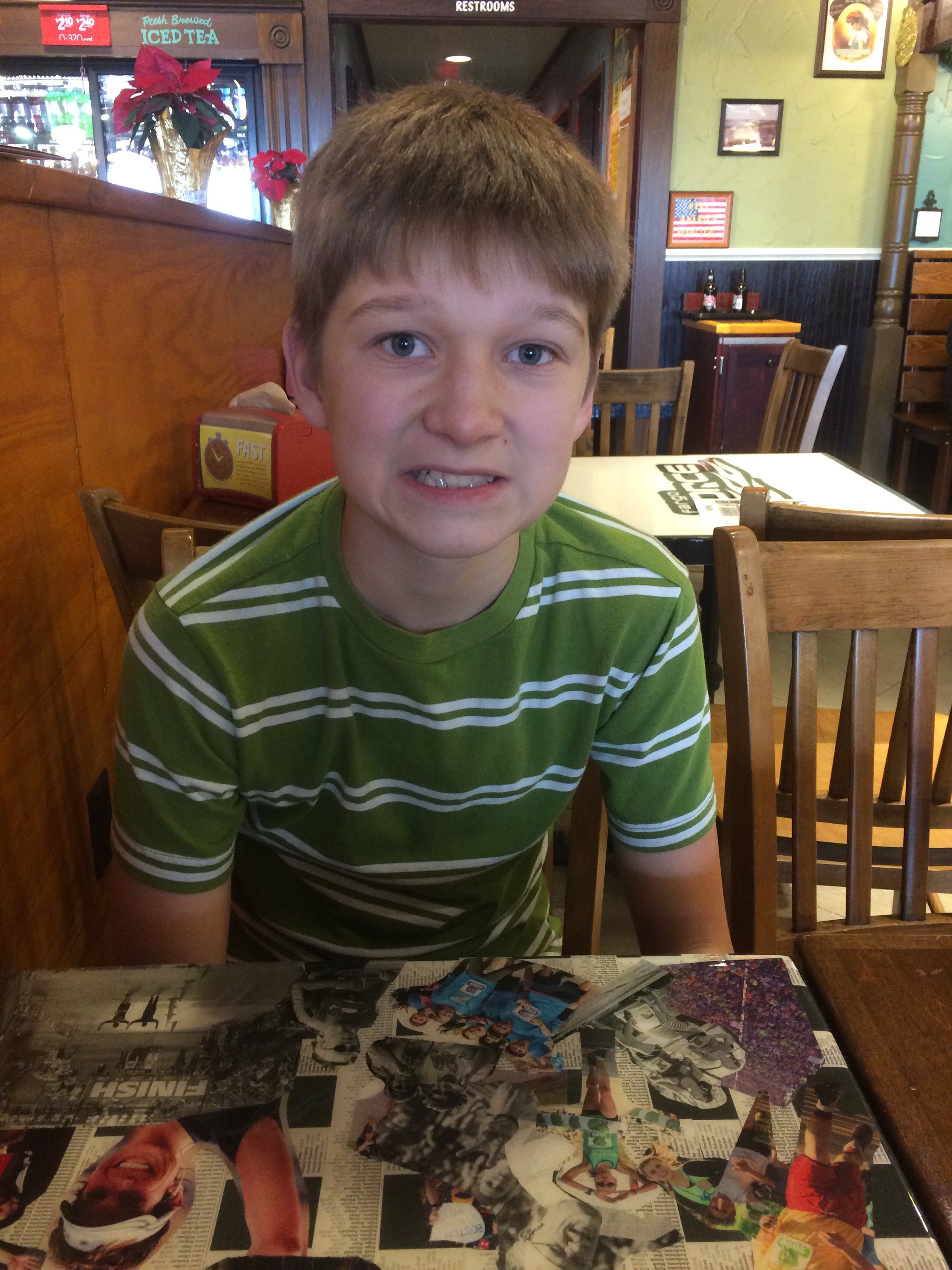