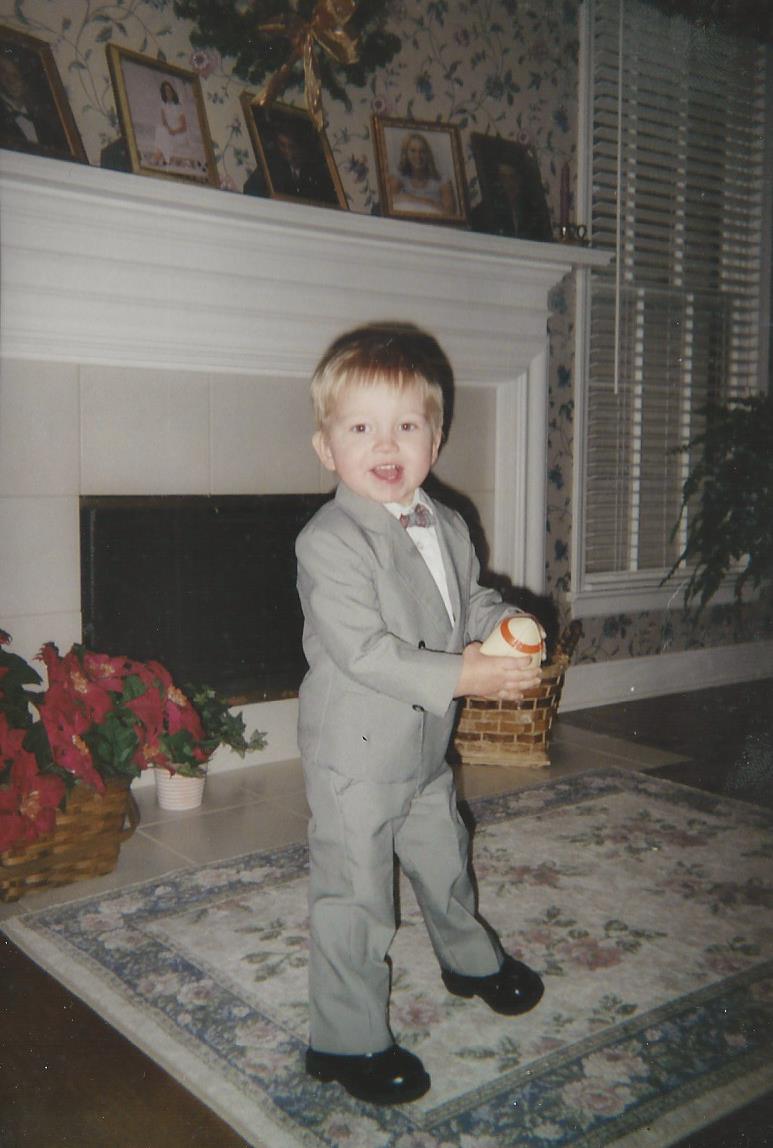 When J was almost 4, Steve and I decided we’d sign him up for an “All Sports” class. It was a class through the Lawrence, Kansas park district that let young kiddos try out “all the sports.” At that point, we knew J had developmental issues. He was in early intervention, receiving speech and OT, we knew he was on the spectrum, we were just on waiting lists with developmental pediatricians, pediatric neurologists, and the like to find out exactly where.

That first session we lead J into a carpeted common room there were multiple stations scattered all around. I don’t remember all of them, to be honest. I remember a lot of masking tape on the floor–some sort of boundary lines. There were Fischer price height basket ball nets and balls and hoops and all sorts of stations. I learned fairly quickly that this class was to develop coordination skills–those interactive coordination skills with other preschoolers as well as those fine tuned motor ones. I think over the course of the class we showed up 4 times. After that we just gave up. It was too overstimulating for J–there was just too much chaos everywhere. There was too much social interaction pressure for J–having to throw a ball back and forth with another preschooler was a challenge. And then there were the coordination issues. In preschool, with the help of his OT teacher, J was learning for the first time how to jump with both feet off the ground, to put one leg in front of the other on a balance beam. Things his peers had already been doing for a year or more already.

I always thought that once you get that official autism diagnosis you would go through the grieving process, adjust your perceptions of what “normal” is, and move on. But it doesn’t really happen that way. You get little cruel kicks in the gut along the way reminding you of that grief and loss of the child you thought you were going to have along the way. Sometimes it’s selfish and that sadness is for you, and other times it’s that grief for your child and it’s that fear that if he never fits into society, that society will never accept him. It happens when your child is the the meltdown kid at birthday parties and then, after time, you just don’t get invited to birthday parties. You get that kick in the gut when your child doesn’t mix with the parks and rec sports league (after waiting for a few years for those skills to catch up–you’ve already adjusted your expectations after all, you’ve already learned–and genuinely don’t want–your kid in competitive sports because of the stress that puts on both your child and you) and it’s still that hassle and frustration for him you were trying to avoid with competitive sports.

And then there are those “milestone moment times.” Not only are they reminders of you’re child’s struggles or reminders that they just don’t fit the system, there’s the emotional markers and rites of passage that sting too. Two weeks ago, I went up with J and his class to tour the high school to see what elective classes were being offered and maybe get some ideas as to which classes might be best for J. I didn’t think the emotional kick in the gut would come–and at first it didn’t. J’s been through the high school about a hundred times already because of XC. High school hasn’t snuck up on me–it’s been in the back of my mind since the beginning of grade eight. I’ve been down the milestone road before and I feel that with all of the emotional gut punches that I’ve already had along the way, I feel like I’ve toughened up a lot.

I was really impressed with the variety of elective classes offered by our high school–much more than either of the high schools I went to offered. I started imagining myself trying to decide which classes I would take if i had those opportunities, knowing what I know now. Certain classes would trigger a thought of “W’s going to love that–W’s going to love all of these classes. How is she going to decide next year what to take?”

And then I started think about J and that’s when the emotional gut punch happened. I realized that this was the parks and rec “All Sports” class all over again. Lots of things to try. Lots of great opportunities. No good fits for J. Sure, there are potential fits, but they need a lot of accommodations and retrofitting and all of the other adjustments I’ve blogged about over the years. At the time kids are really starting to find their talents and niches, J is still trying to fit in the neurotypical world. He doesn’t get the luxury to find those strength classes and electives like his peers do. He’s still trying to figure out how to enter the game.

And there’s that emotional gut-punch: What is J’s niche? Will he ever find his niche? Sure there are questions about education and job placement and all of that in the next few years, but what is J’s “thing?” What was he put on earth to do? What is his footprint in this human experience? I know high schoolers don’t know this either–but this is the beginning of the path that they start on, to high school graduation, to college, to making a difference in the world. I know as an adult I still question my niche and talents and what I should or should not be doing, but I feel that I’m a player in something collective.

Last week we received a letter inviting us to the 9th Grade Academy. A program at the high school that allows students the “opportunity to learn in an environment different than a traditional one.” It makes adjustments for “block” English and math classes, along with electives and study halls. The orientation is tonight, so I’ll find out more. I’m excited and sad and emotional all over about next year. I really feel like there will be some good academic options for J. I’m really hoping at the same time J will start figuring out what he’s good at so he’ll find that confidence to be happy in who he is and what he can do. 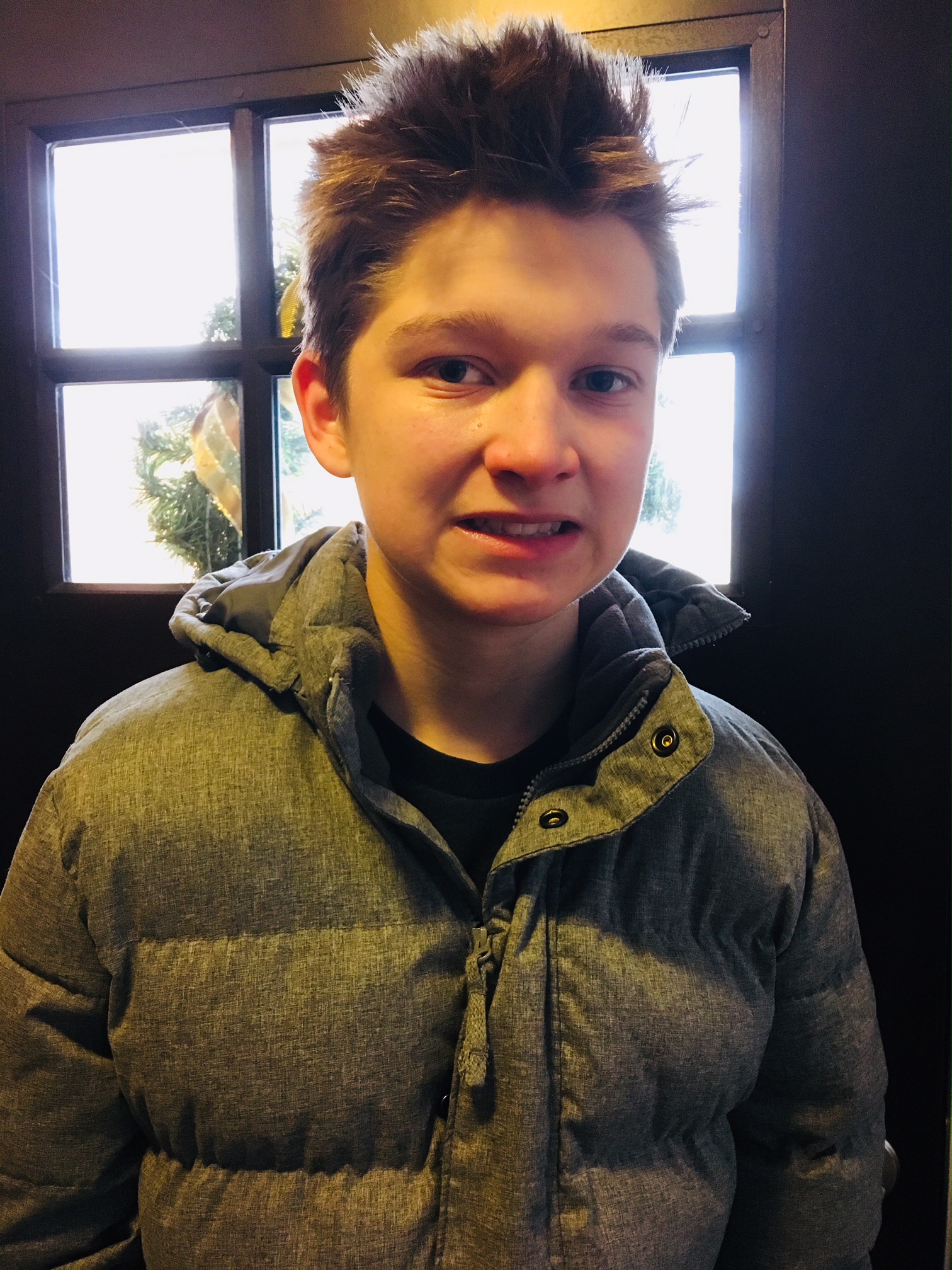 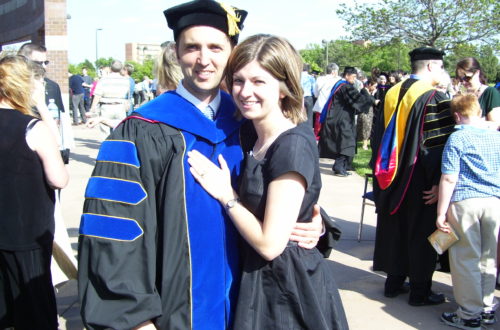