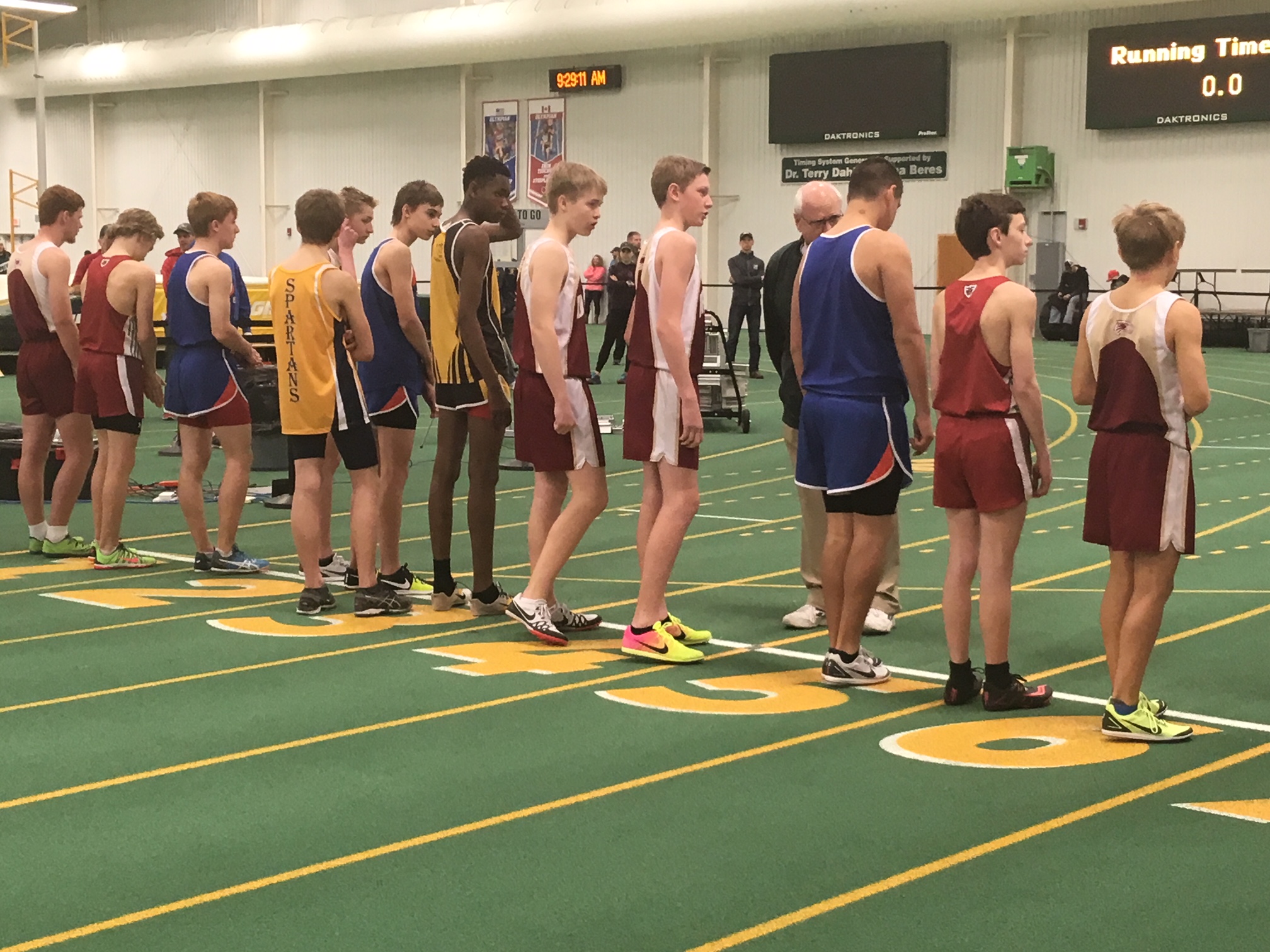 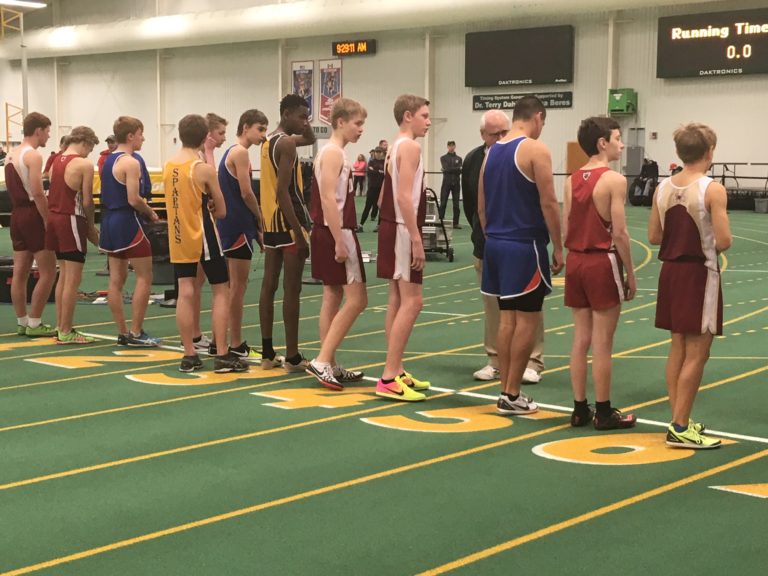 Little things are always big things when it comes to autism and though we’ve had a pretty low-key week, it was still filled with lots of little-big things. Here’s this week’s list of top 3 little-big things (in no particular order):

J had his second track meet of the season this Saturday and despite his awesome performance last week, he still has a lot of little things to figure out. Last Saturday he missed his warm-up and cool down, and was a little confused on the new number system. (In middle school, his number was written on his hand. In high school, he gets two stickers with his number on it–one to place on his thigh and the other to place on his chest.) Since the varsity kids had their track meet on Friday night, J’s coach asked a couple of the  distance varsity kids to come Saturday morning to help J navigate his warm up, cool down, and event.

And Saturday morning, two varsity kids came bright and early at 8 am, happy to help J navigate his event. J was the only JV kid from his high school running the 800 that day, and these two boys took J to the other side of the track and ran the warm up with him. They took him down to line up, helped him figure out his number and stood on the inside of the track, cheered him on during his race, and took him back again to run his cool down.

High school kids getting up at 8am on a Saturday to help their teammate with autism have a successful event? How can you not get emotional over that? It’s a little thing, but a very big little thing.

Oh, the lineup. This one was a little hard and since I spent the entire meet on the sideline for the first time ever, it so hard not to want to jump in and help out (because that’s my default mode). I don’t know if you can tell by the picture, but the NDSU indoor track has 8 lanes. They only ran one heat of the 800 and so 12 kids had to line up in the 8 lanes. J’s assigned number stuck to his thigh and jersey? 12. J still hasn’t learned that his number on his body is supposed to match the lane that he’s supposed to line up in (In middle school there was no lane/number correspondence. You just lined up where they told you to stand). The official called out numerous times “who is number 12!” (of course, J didn’t answer–he was just focused on standing still at the line where he was standing, not realizing that the official was doubling up kids at the waterfall). Finally the official figured out 12 was J (and wasn’t too happy with him). J’s coach came out on the track to explain J’s situation to the official, and things were okay after that. But I am 99% sure the lineup threw off J’s focus for the entire race. Those little things can make a big difference.

I get so nervous when J runs his races, because all sorts of things can (and have) happened, so I pretty much just pace around the sidelines the whole time (and cheer him on). This was the first time I paced the sidelines in the spectator section, and the first time where I heard the entire stands scream out J’s name every time he crossed the line finishing a lap. Once again, how can you not get emotional over that? J’s fellow teammates and parents of teammates all knew J and all cheered so hard for him. The support we get from other kids and parents  daily in little ways is sure a big thing to our family.

This whole autism experience forces me to be more mindful of every situation I’m in. I’m constantly paying attention to all of the things happening around me so I can try to monitor and react to something that might trigger J (like the stress and mix-up of Saturday’s lineup). But at the same time, it makes me really notice the good things that are happening too–like the varsity boys and the kids and parents in the stands. In a lot of ways, it helps me understand and appreciate the good in my life that I might potentially miss. 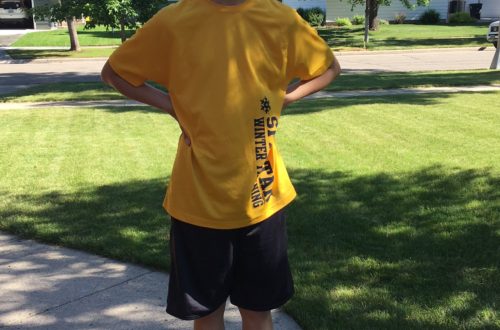 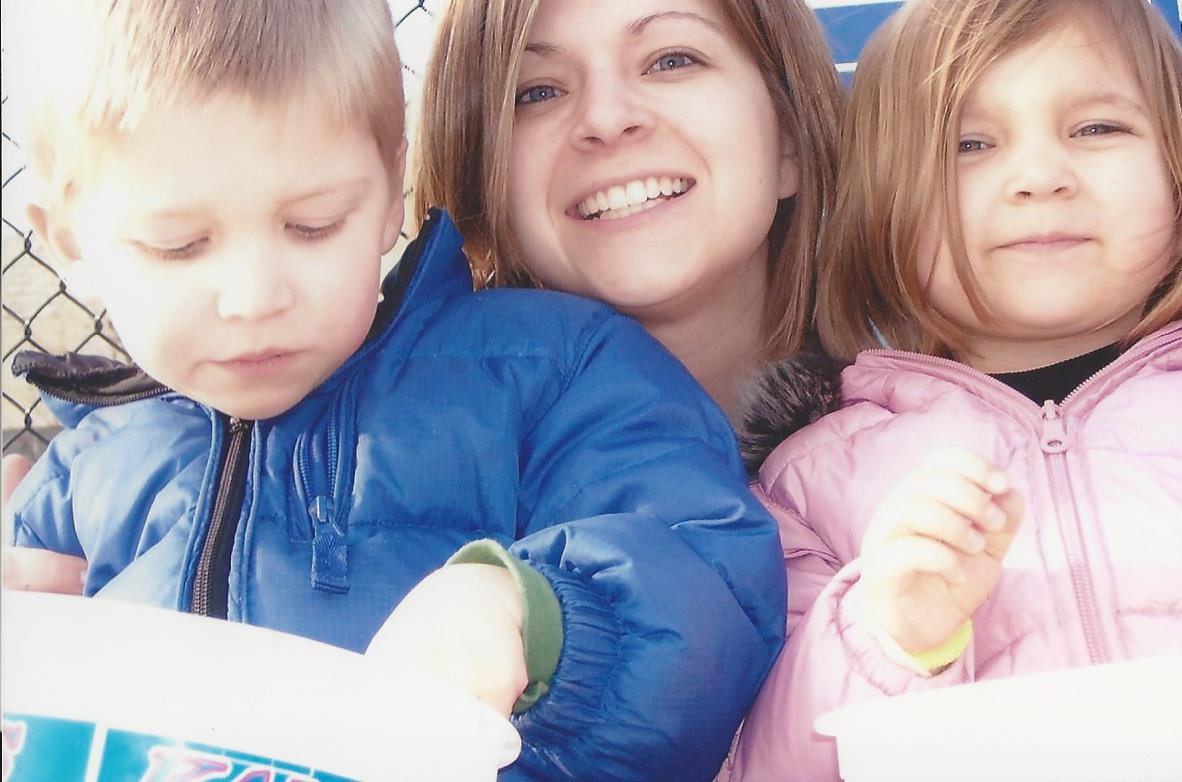 A Letter to My Younger (Mom) Self 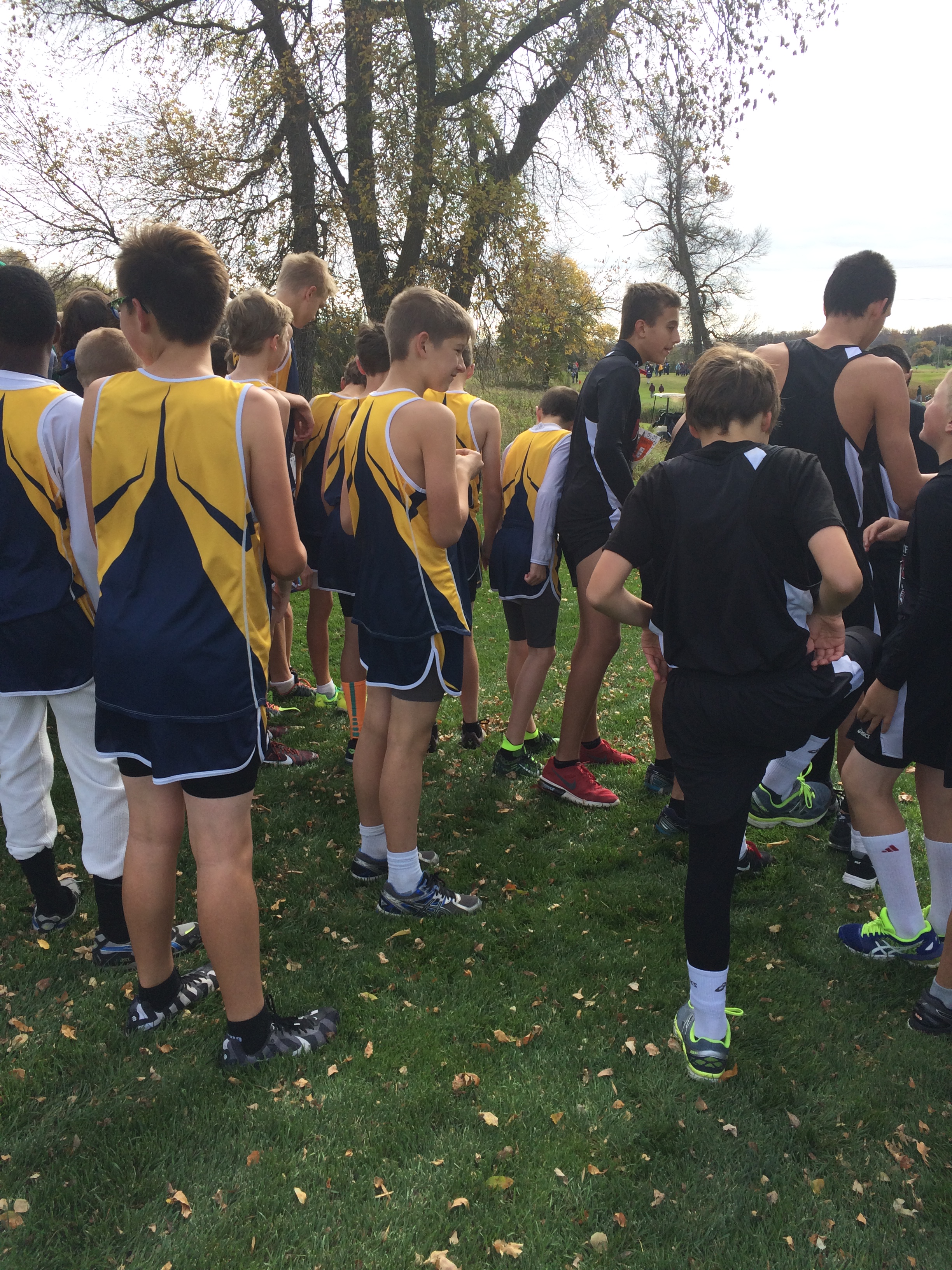