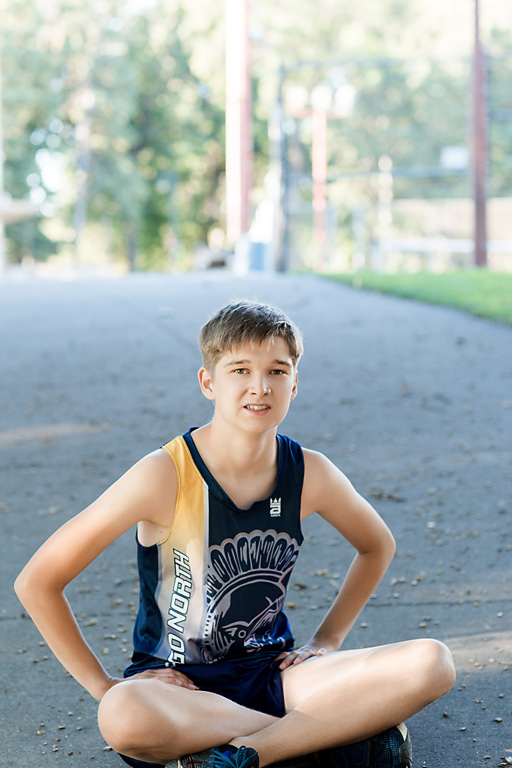 J ran his last XC race of his life on Friday, and I’m feeling all the feelings.

I started this blog a few months before J started his XC career. It’s not a blog about J and XC, but running has become an enormous part of J’s life since he started XC back in 2015, and so there’s a lot of XC in this blog. Over the last hour or so, I’ve been scrolling through all of the XC posts, getting teary-eyed while at the the same time astounded at what has happened in the last six years. I feel like this brief summary doesn’t come even close to the transformation this kid has made not only as an athlete but a young man.

I forgot how much J hated running when we first started this journey. I forgot how short the distances were at the beginning and how it started. He couldn’t even run a block around our neighbourhood without crying and throwing a meltdown until we were done. Then XC season started and we started making bigger mental and physical goals: running to a stoplight and taking a break. Running to a stop sign and taking a break. There were a lot of breaks.

J was in grade 7 and at first the plan was to place him on the Grade 6 XC team, but because of North Dakota Activities Association rules, J would have to compete with kids in his same grade. So J (and I) ended up at the high school to practice with the 7-12 team. It was such a physical (and developmental) challenge for him that the coaches decided that it would be best for J to shadow the team. Looking back J was such a fish out of water–and so physically behind everyone else. But that year J grew in so many ways. It was terrifying for me to throw him into a team with high schoolers, but they ended up being some of his biggest supporters. Here are two of my favourite posts from that year. “Today’s Victory” talks about what it was like to talk to the coaches about J’s autism, throwing him into a high school experience, and facing some of my own insecurities because back then I was the shadow of the shadow.

“Little Changes” is about introducing J to XC meets. He never ran a meet that year, but he did attend a few. Because of his autism, I knew it was important for him to see the meets to understand what they were like and hopefully reduce his anxiety if the time were to come that he would be able to actually compete. I love reading this post. The boys on the team came up to him and thanked him for cheering him on.

This was J’s times and distances for 2015. I can’t believe how far he’s come!

J ran his first meets this year. The first meet the coaches found someone to run with him to make sure he didn’t get lost and he made it to the end of the race. It was rough. He barely made it, and I felt so helpless (I had been running next to him helping him mentally get through his practices for a year). Each race got a little better. He didn’t get to run all of the meets (he did struggle with shin splints–at the time he had full ankle foot orthotics and we had taken them out for his practice and runs and without that support his pronation got worse). But even despite his injury, he made so much progress that season with his meets.

This has always been hard for me. I remember when the coaches suggested J start riding the bus with the team and being so freaked out about it. J (still) isn’t the best at paying attention to where he is or where he’s going. But this year he started to do bus rides with the team on his own.

J’s number phobias were also an obstacle throughout his XC career, from dealing with “bad” numbers on other competitors’ bibs to interstate exit numbers. Sometimes we were successful in helping him through them, sometimes not, and sometimes we just had to flat out lie to him.

Here are my favourite posts from 2016.

“Firsts are hard: Part 2” is about J’s first race experience. It was a tough one.

“The Lindenwood meet” is about J’s first race without a shadow and riding the bus on his own.

“Deciet, manipulation, and bribery” is about us lying to J in order to get him to the Willmar meet.

2018 J really found his groove with running. It was the first year where he was going to practice 100% without me beside him. It was also the season where he ran his fastest times in his XC career. He even won the “most improved veteran award” that year.

For some reason J really struggled with XC this year. I’m still not exactly sure why. The season started off rough. He had a behavioural issue that forced him to take a few days off of XC and his race times slowed down considerably. I remember thinking at the end of this season if J was done with XC. We headed into the first week or two of track season and it seemed like J still wasn’t loving running. Then Covid happened and he didn’t get a track season. I wasn’t sure what J’s XC 2020 season was going to look like, and if he’d still want to run.

My favourite posts from 2019

“Fergus Falls and Easter Eggs” is about how we got J to Fergus Falls (which requires passing a “bad number” exit). He was able to use his own coping strategies and we didn’t have to lie to him to get him there.

“The spark is missing” is about my reflections on J’s 2019 XC season. I’m not going to lie, I was a little heartbroken that season. We had worked so hard with J and J had worked so hard himself to be successful in XC, and it seemed by the end of season, he might be done with it.

And here we are. J’s last XC season of his career. In the middle of a pandemic. But guess what. He made it. He made it with the masks, the crazy scheduling of the school year, the small races, being separated from half of his teammates (including the ones he started this XC journey with back in grade 7) because of Covid restrictions and race sizes. This season went by in the blink of an eye. But J was back on track again. The love of running was back. He wasn’t as fast as his 2018 year, but much faster than his 2019 year. He did everything on his own, and it’s just mind-blowing how far he’s come. His last race on Friday was a pretty emotional one for me.

Here are a couple of pictures from J’s last race. It was the exact same location as the very first race of his XC career. The varsity boys came out and followed him around the course to cheer him on. All of the parents cheered him on. For a Covid meet, it felt like a real race. As Steve said to me after, it was a classic J XC meet.

There’s been so many emotional ups and downs with J’s XC journey. It’s going to be hard to say good-bye to XC. J will have track season in a few months and then he will graduate.

I’m so grateful for his coaches and teammates that have helped him grow so much over the last 6 years. It’s so incredible to see how running has transformed J. 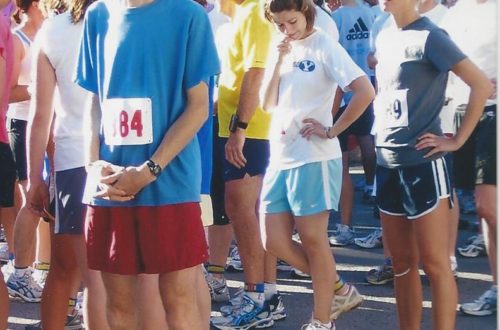 A Life Outside of Autism 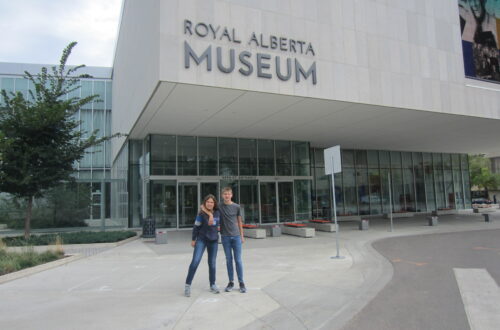 Stories Between the Pictures 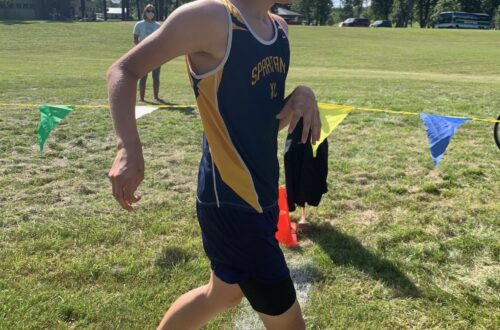 Just relax and shake out