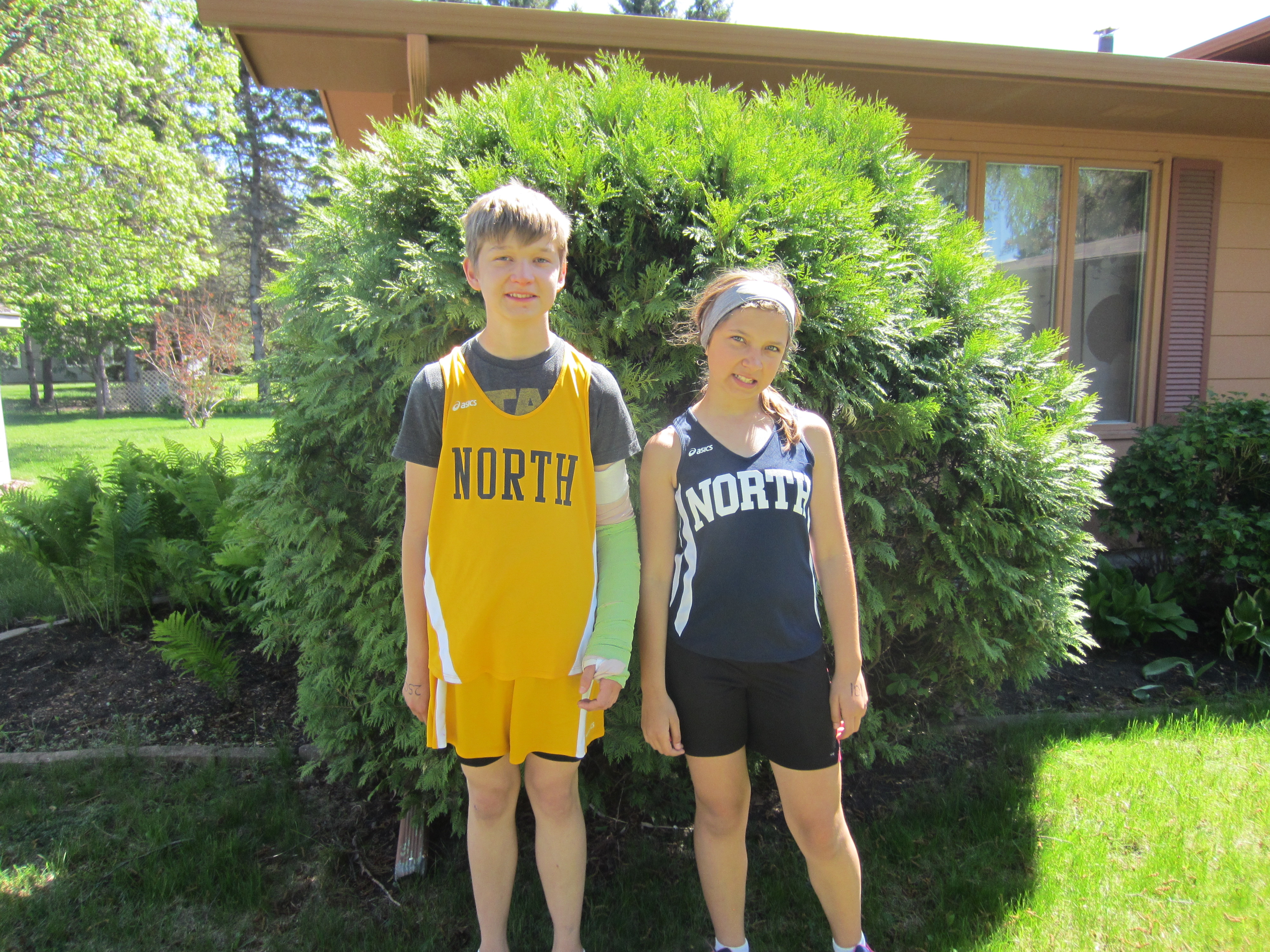 W wasn’t so sure if she wanted to join track this season. She had reasons. I think the biggest reason was the one she didn’t bring up when we all sat down at dinner and talked about it. J and I had gone to the first practice that afternoon, but W had decided to stay home. I told her that everyone had asked me where she was, and told everyone that she was still thinking about coming out.

“I don’t know, I’m busy,” she said. “And I really liked XC. Track just isn’t the same.” (This is coming from the girl who has never tried track before).

“Your friends were asking, and Coach N asked too. They’d love it if you’d come out.”

W came out to practice the next day and was careful to keep as far away from J and me as possible. Because here’s one, big, difference between XC and track. In XC, the boys and girls practice separately. But middle school boys and girls train together.

The big reason for W’s reluctance to join track became apparent almost immediately at the first practice. W ignored J and me completely. It’s when she started calling me “Sarah” at practice that I really understood what was going on. She didn’t want people knowing J was her brother, and that I was her mom and had to hang around with him all the time.

Boys and girls in anything together at the middle school level is awkward enough. And then poor W has to to navigate this. In XC, W would never see J–except for meets, but even then, the girls and boys don’t really mix together. J was the only 8th grade boy at practice (the other 2 trained with the high school this track season), and while there were a few 8th grade girls, the majority of the distance team was 7th graders. 7th graders who knew that W had a brother who had autism, but didn’t really know what that meant. W didn’t want to be associated with us at all in the beginning. And I don’t blame her. It’s not cool to have your mom hanging around in middle school. It’s not cool to have an autistic brother. In fact, it can be downright embarrassing. And it was at times. J can say really stupid, embarrassing stuff sometimes and have little anxiety moments. I didn’t blame her one bit. She could call me Sarah–she could pretend that we didn’t exist at all–if she wanted to. I was just fine with that. 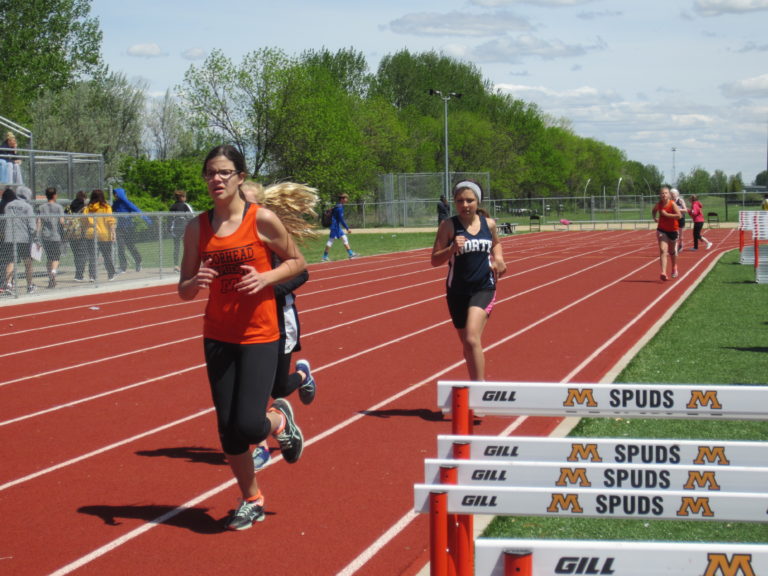 I have to give W a lot of credit. She could have decided to not go out for track at all. But she came out to practice every day because she wanted to run and she wasn’t going to let me or J get in the way of that. And slowly, throughout the season, W started to become more comfortable with herself and J and me. The 7th grade boys were really great with accepting J (a few of them knew him from XC and explained to the other boys who didn’t know J what J was about) which I think was a huge relief for W. Even the 7th grade girls who didn’t know J before track season were really patient with him. I don’t know which is worse at that age–being embarrassed in front of girls or boys, but this distance team didn’t make it a big deal at all. And somehow J and W found their own places on the same team, giving each other their own space at practice, and cheering each other on at the meets. After a few weeks, W started calling me mom again–in front of her friends and teammates at practice. And slowly we sort of became this track family within a track family.

Track season’s been over for a week now, and I keep thinking about what a unique season this has been. W and J won’t be on the same track team again until W is in high school. I can’t think of any other situation where a sibling with disabilities, a mom who needs to come out and support him, and a neurotypical sibling need to occupy the same space for an hour and a half everyday after school like that. It’s a really strange situation. And one (hopefully) that will probably never happen again. Even though I don’t mind at all spending my afternoons running with him, I’m really anticipating J to be able to run and practice on his own with the team by the time W joins him again in track. It would be such a maturity milestone. I’m really grateful that W was able to do something she really wanted to do while navigating J’s situation and accommodations in what he really wanted to do, it’s got to be a hard balance when you’re only 12. 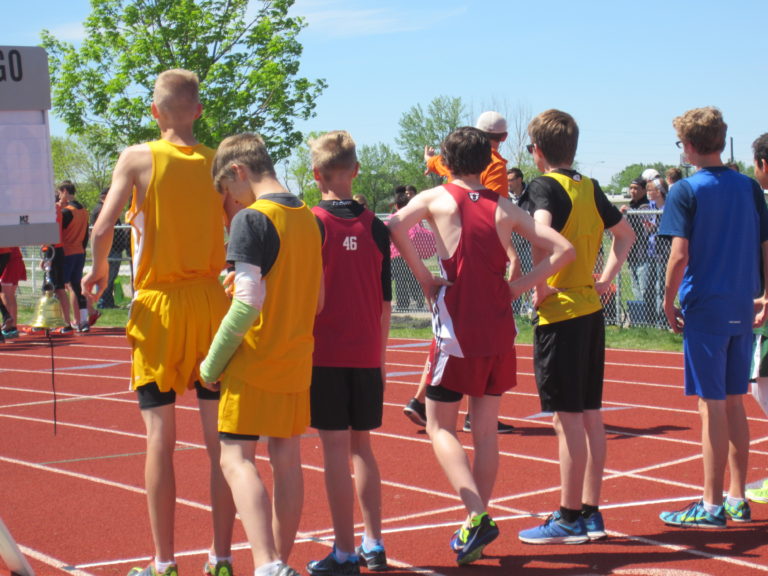 Now that track is done and we have a few weeks until summer running begins, our little track family has become a little running support group. Some days Steve will run with W, some days I will. Sometimes I will run with J. Now W volunteers to ride her bike alongside J as I trail behind. We’re a strung out trio, but still go out together. I’ve had a million conversations with myself while I’m running about when to let J run on his own–when I can trust him enough to listen as coaches give directions, when I can trust that he’s going to handle his anxiety better or trust that someone on the team can help him through it if I’m not there. I’m still not there yet, although I’m closer. After the 10K last week he’s proved himself in all sorts of ways. I’m getting closer.

This is the time of year where J misses his running group. I know running with me isn’t as fun. I think he thrives on the group, and for an autistic child that sounds so strange, but it’s true. I saw him thrive in the hundreds of people in the 10K last week. I saw him thrive on it during practice. W misses it too. I’ve seen her find great friends and really thrive socially with her little distance group. For the first time she’s really interested in PRs and how to become a better runner. I really love Coach N! She’s really great with both J and W coaching them in the ways they need–and they are very different kids and really cultivates their love for running. My kids aren’t the best athletes in the world, but there is something about running that has made them grow in such different ways. It’s something they need for different reasons, and I’m so glad that they’ve been able to figure out how to make that work for them. 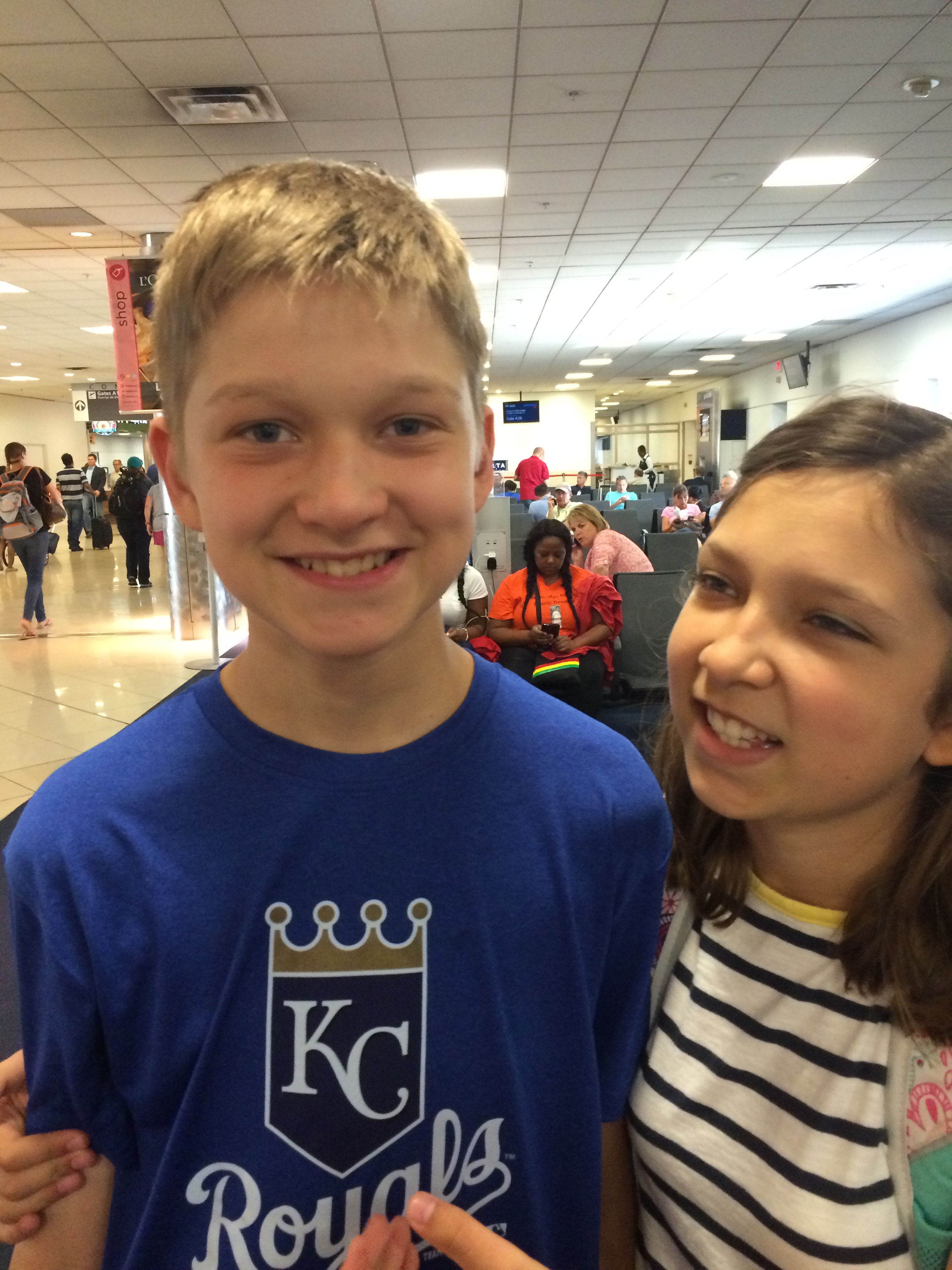 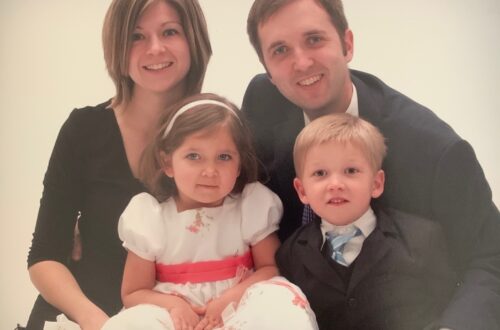 We are living a privileged autism experience 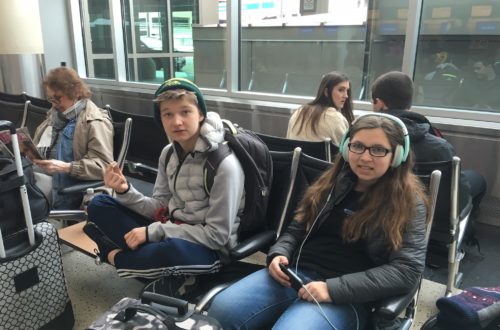 New York Trip Part 1: If we can make it there, we’ll make it anywhere